Home › Blog › Coronavirus: Support and recovery › ‘Young people need the sort of leg up that Mrs Thatcher’s scheme gave me’

If Rishi Sunak really wants to help the next generation he should follow Mrs Thatcher’s example and boost support for young entrepreneurs, says Patrick Blower.

By Patrick Blower, The Telegraph

In 1986, Margaret Thatcher saved my life. I was in my mid-20s, on the dole, with little prospect of a job, and trying to get started as a cartoonist, illustrator and painter from a dingey basement flat in Deptford. Amid soaring unemployment, there were millions of other young people like me – desperate for work, but with precious few opportunities to be had.

Then I applied for the Enterprise Allowance Scheme (EAS). Introduced nationwide in 1983, this gave £40 a week (not bad money back then) to people on the dole who wanted to start a businesses. The only requirement was to have £1,000 to invest, which I borrowed from my dad, and a basic business plan.

It’s the best money my dad or the British taxpayer ever spent. Having listened to Rishi Sunak’s plan to subsidise jobs for young people, an echo of another Thatcher-era idea, the Youth Training Scheme, I hope the experience of myself and hundreds of thousands of others might inspire him to go further and emulate the support once given to young entrepreneurs, too.

I used the money I received to rent a spare desk at a graphic design agency on Carnaby Street. Besides a proper space to work, it meant being in the thick of the action, important when touting for work in the 1980s relied on knocking on doors with your portfolio under your arm. It also meant there were other people around to answer the phones. Given only rich Yuppies had a brick-sized mobile phone, having somebody to take calls while you were out often made the difference between getting a vital commission and missing it.

Most importantly, I met my wife through another freelancer at the studio – a reminder, if Mr Sunak needs it, that there is more to helping young people into employment than money.

Many of us on the dole felt stigmatised and listless. The EAS gave us purpose, drive and dignity. Cynics claimed it was an attempt to massage the unemployment figures, but it never looked that way to me. The free training I received, on everything from invoicing clients to which business items were tax deductible, made it feel like so much more than just another handout. For a young man who thought bookkeeping meant rearranging shelves, it was invaluable.

Thirty-five years on, I’ve never looked back. Nor have many others. More than 300,000 people were eventually helped by the scheme, including the artist Tracey Emin, Superdry founder Julian Dunkerton and the actor Alan Davies.

While the government was criticised for the number of businesses which went on to fail, it is difficult to argue with some of the success stories. And surely it is better for young people to try and fail at starting a business, with all the life lessons that brings, than to sit around doing nothing, as so many on furlough have already had to endure.

The scheme eventually faded away, and has been resurrected in various guises since. The most recent, the New Enterprise Allowance Scheme brought in by the Coalition, is but a shadow of Mrs Thatcher’s original.

If the Chancellor really wants to help the next generation, he should reinvigorate this scheme and give it the funding and prestige it deserves. Give aspiring young people the chance to make their own way and you never know where they’ll end up. 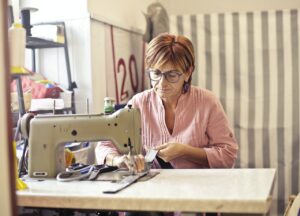 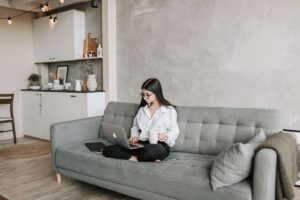 15 business ideas you can get started with today 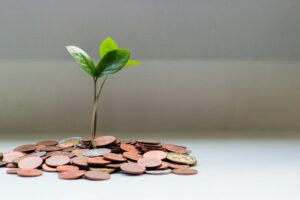