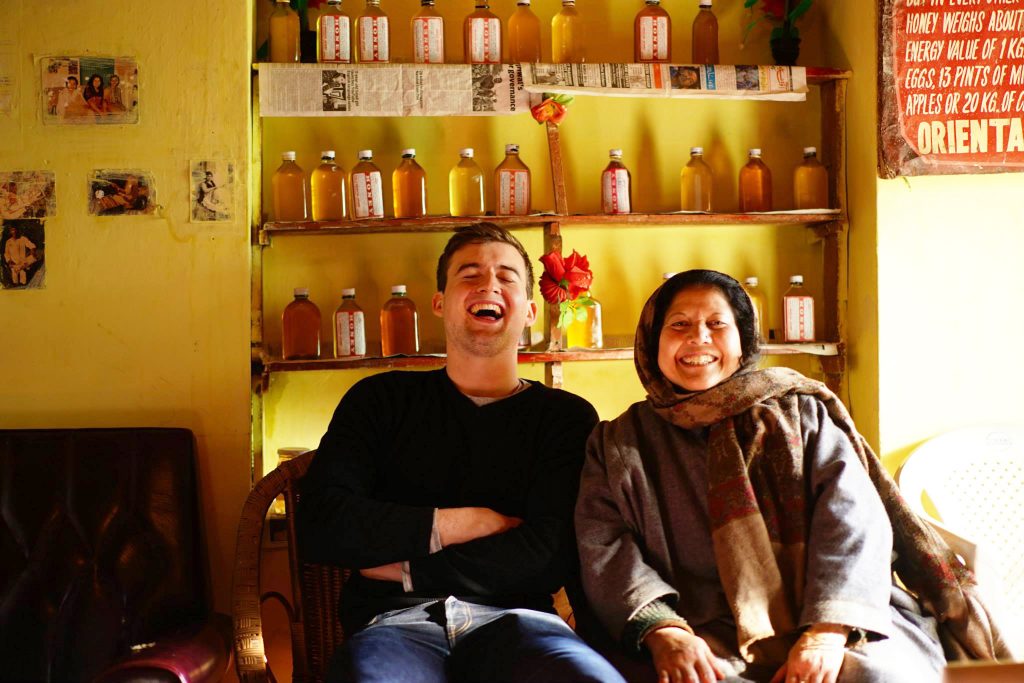 Working together with all the teams across Tide, the Product team works hard to bring new features to our members. We’d love for you to get to know them too – so first up, here’s Ali.

👋Hey Ali! Introduce yourself in a sentence.

Hello! I’m Ali and I work in Product for Tide.

(I’m the one on the left – the lady next to me is a honey shop owner in Kashmir).

Before Tide I worked at a consultancy called Oliver Wyman, working mainly with banks and Ministries of Finance in Southern European countries with troubled financial systems (a booming business back in 2014), but also with retail and business banks.

Prior to that I was briefly a research chemist (working in organometallic “green” chemistry). I miss the science but not the look on my supervisor’s face when I dropped precision glassware – which happened rather a lot, I’m sorry to say.

How did you cross paths with Tide? / What made you want to join Tide?

I met George, Tide’s founder, whilst still at Oliver Wyman and involved in their Fintech outreach work. The app crashed at a key point during his demo as we ate noodles – but it didn’t matter! It was a great concept, and an opportunity to build a unique product for a deeply underserved market was evident (as it still is today).

A couple of months later, Tide was twice the size and in need of a product manager. It wasn’t a difficult choice. I joined about four months before we launched publicly.

Anyone in Product will tell you that’s a hard question to answer, but a typical day for me involves some or all of the following:

Digesting user feedback and analysing how our members use Tide. To build products that help small businesses, we need to have a very close understanding on how they function: their workflows, pain points, interactions with their accountants and so on.

Working closely with Design: There’s a lot of overlap between Design and Product – the process of arriving at a final user experience is a collaborative one.

Day-to-day refinement and troubleshooting with developers.

Doing whatever our Delivery Managers tell me to do (sometimes it’s easier not to resist).

A recent initiative has seen members of the Product and Operations teams doing half-day shifts with our Member Support team to better understand the everyday questions and concerns of our members. If you had a recent query ineptly handled by me – sorry.

I’ll always have a soft spot for our credit feature: it gives our members access to working capital faster than any product for businesses in the world, and manage their credit balances straight through the app, behaving like a separate “credit account”.

For me, it’s hugely rewarding to see people use something you’ve had a role in building – I can’t think of anything in my professional career that compares. In the case of credit, getting to the point at which we’d lent £1,000,000 to members was a particular highlight.

I’m also really looking forwards to seeing our international currency accounts feature in the hands of more members (we’ve started testing it with a select few, as part of our Preview programme). Allowing businesses to make international payments and hold FX balances, whilst offering such low exchange rates is a game changer – and we’ve received terrific feedback to date. I particularly like how natural an extension it is to the app.

Shout-out also to our Scheduled Payments feature, which I think works very elegantly, and to our sign-up flow. There’s clear blue sky between us and the next best on the market – Tide handles complex company structures and gives companies sort codes and account numbers in a few minutes – and we’ve done well to keep it that way in the eighteen months since we launched.

What’s the most interesting challenge you’ve came across since you joined Tide?

When there’s few of you in a company (as with Tide’s early days), it’s all hands on deck. For me, this meant being in charge of the elaborate sound recording kit for a series of Tide Talks we put on in 2017 (my qualifications for this role: being the person who insists on playing their own music at parties). What was supposed to be a four-way audio track from multiple speakers and audience members eventually sounded like someone rustling an empty packet of crisps.

You were one of Tide’s first employees – what’s your best memory so far?

So we’ve just covered my worst memory. It’s hard to pick a best – though I do look back fondly at my trip to Bulgaria to spend time with our Tech team out there. One of our Android developers, perhaps noticing that I was out on a limb travelling by myself, kindly offered to take me on a moonlit turn around Sofia on the back of his motorbike. A bizarre, but fond, memory.

When you’re not at Tide, what’s your favourite thing to do?
At the moment, it’s making bread, as anyone in the office will tell you (a key part of making bread is talking about it constantly)… 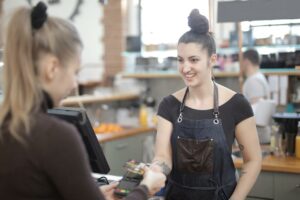 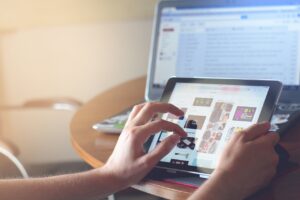 How to start an e-commerce business in 12 steps 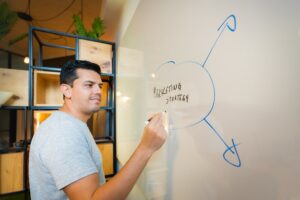