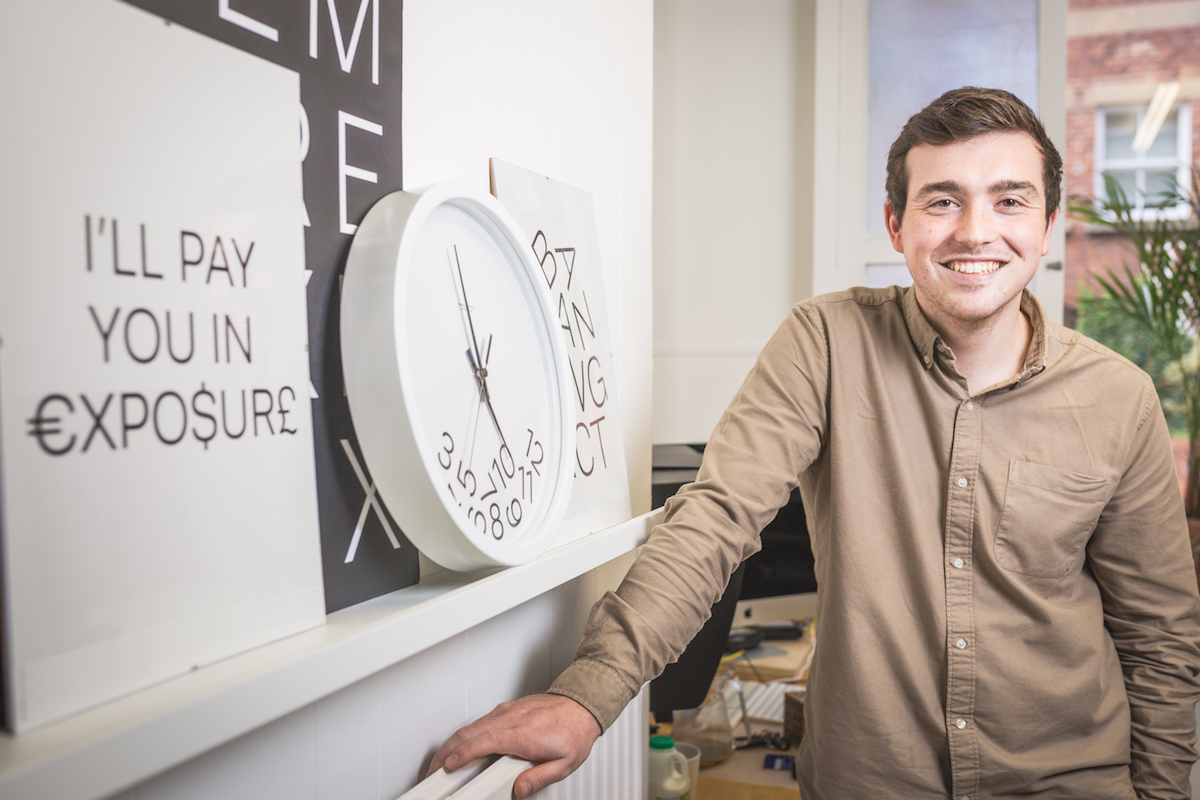 Jacob and Isabel are the dazzling creative talents behind Atypical Studio, one of the most exciting and unpredictable new agencies on the British creative scene. Their work roams across boundaries in a free-flowing way that elevates them above larger, more conservative rivals.

“We call ourselves a creative studio, but we do a little bit of everything,” says Jacob. “My background is in film and photography, and Izzy, my business partner, is in design. We collaborate on mixed media projects, do installations, and play around with new technologies, including virtual and augmented reality.”

A lot of advertising agencies completely miss the target audience, because they’re generally made up of older people sitting in boardrooms

Isabel, aged just 23, already has a long list of successes to her name. She’s a creative resident at Adobe, the software company.

Jacob, 25, is currently working on a project with Panasonic to showcase their Lumix camera range. He recently shot the visuals for the launch of the new Lumix S series in the Peak District – a remarkable commission for such a young talent.

“A lot of advertising agencies completely miss the target audience, because they’re generally made up of older people sitting in boardrooms,” says Jacob. “Our aim was to come at it from what we and our friends know, and instil that in our work. It’s a great niche for us to explore.”

Isabel, who was rushed off to a client site on the day of our interview, is proud that Atypical’s work is based on strategic insight and research, which “responds to the zeitgeist”.

“Through Jacob’s background in photography and video production, and my work spanning the intersect of typography, design, and art direction, we work to create impactful work that’s also culturally relevant.”

The pair are able to rethink and conceptualise pretty much anything. At the New Designers expo in London, they exhibited a range of redesigned clocks called the Philosophy Clocks – including the Optimist Clock, with 13 hours on the face.

Atypical often creates new typefaces to reflect the mood and feel of brands. A real gem is their badge for creatives, of a computer file icon with the legend “FINAL, FINAL 02.pdf”. Anyone who’s signed off on a troublesome project will immediately know what it means.

The future of the agency depends on Jacob and Isabel keeping their talent fresh. This means avoiding getting bogged down by boring admin.

“We don’t have much time for admin,” says Jacob. “Maybe an hour a week.”

They chose Tide to open their business bank account for this reason. “With Tide, the convenience is about it being instant. With traditional banking, a lot of time is wasted going into a branch or waiting for letters. Even setting up the account takes a long time.”

When you’re a start-up, things move so fast that six weeks down the line you can be in a completely different position

“I think we spent seven weeks trying to get an account with a high-street bank. One of our friends was using Tide, and told us it took him minutes to open his account. When you’re a start-up, things move so fast that six weeks down the line you can be in a completely different position.”
The instant log-in, and ability to conduct all business through the app, makes a huge difference. “It’s just so easy,” says Jacob. “And the design is good and pretty self-explanatory!”

“Whenever we’ve tried to second guess what somebody wants, it’s never been as good as just doing what we think,” says Jacob. “There’s a saying: ‘Don’t give them want they want, give them what they need.’ It’s about working out what clients need, rather than exactly what they’re asking for.”

If sparks keep flying, work will keep rolling in.

“We want to keep the freedom to keep making mistakes,” says Jacob. “It’s so important, because occasionally one of them will work!” 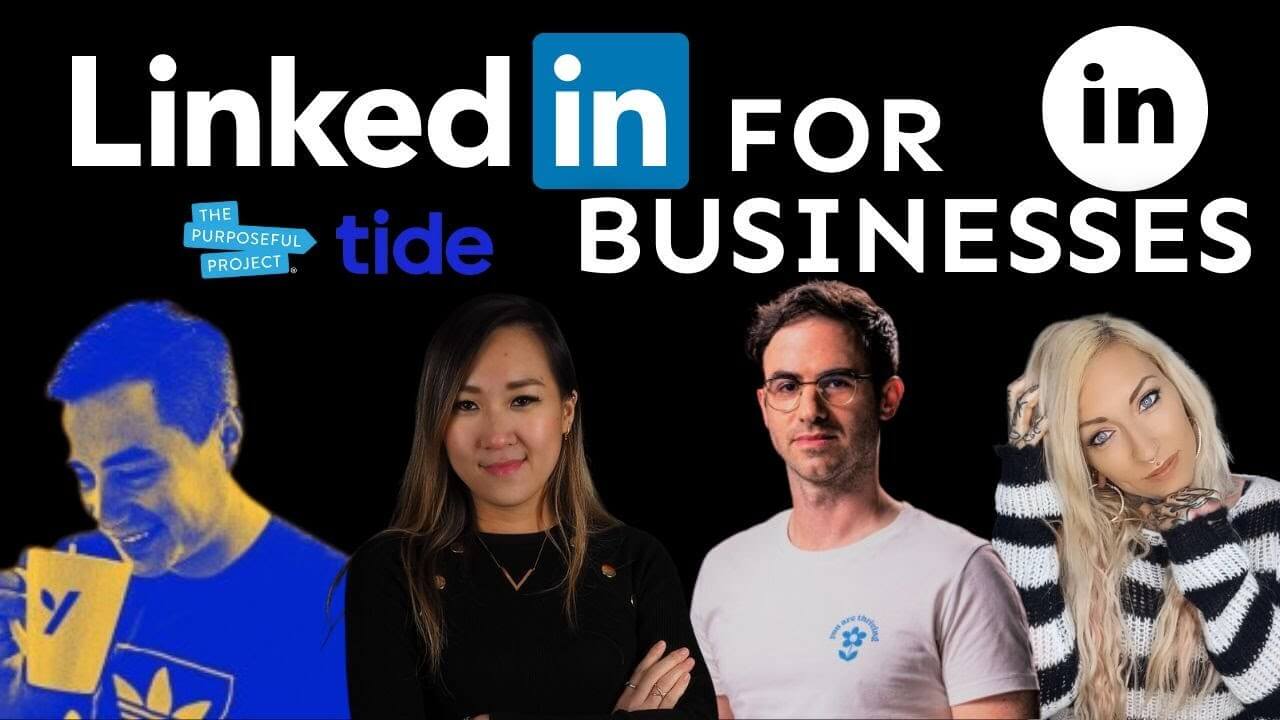 LinkedIn for business: learn from experts 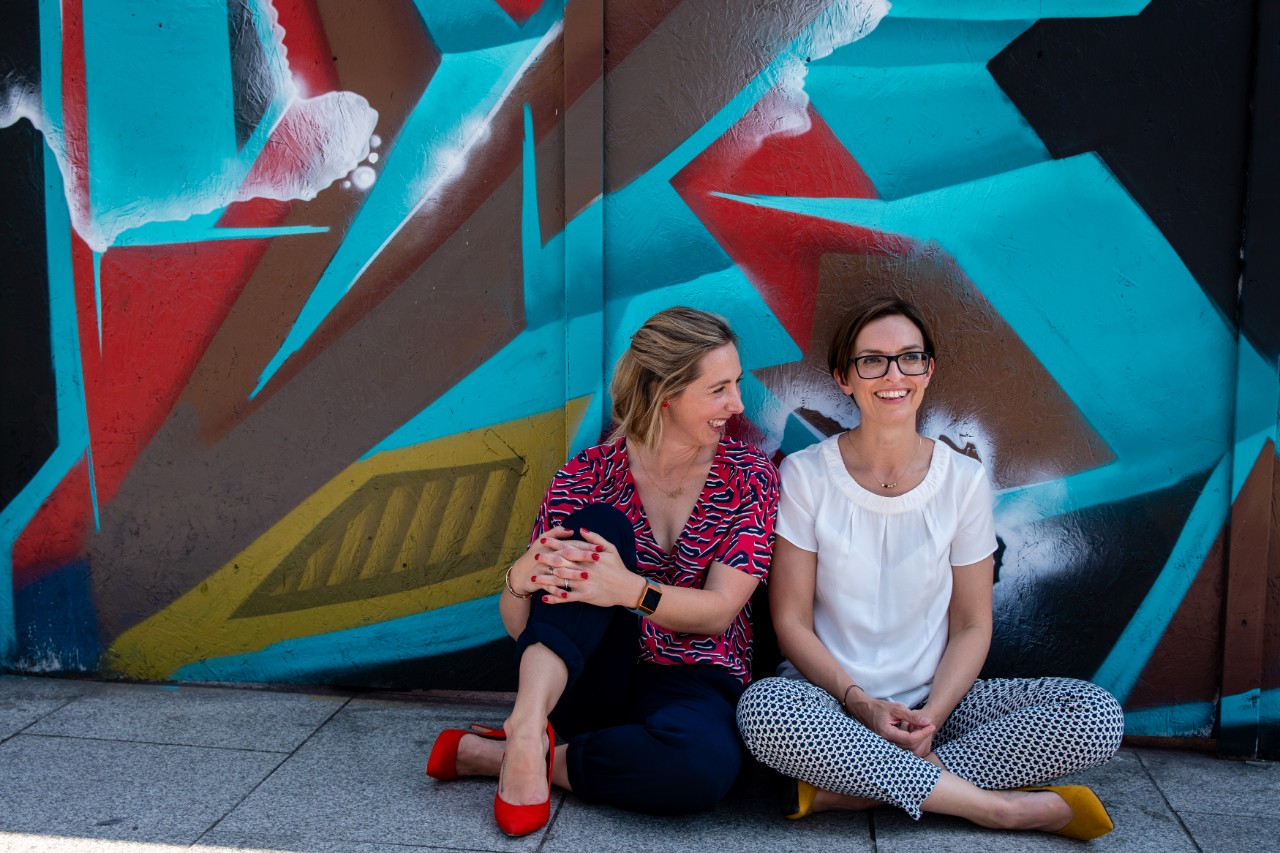 Tide Masterclass: How to navigate a crisis with creative confidence 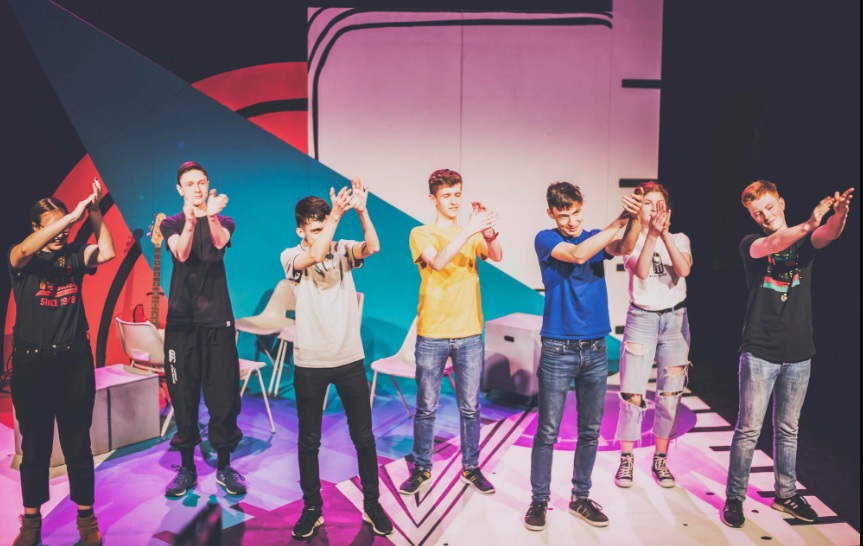 How to run a business in lockdown: Kiz, CEO of drama and creative learning company, Mortal Fools