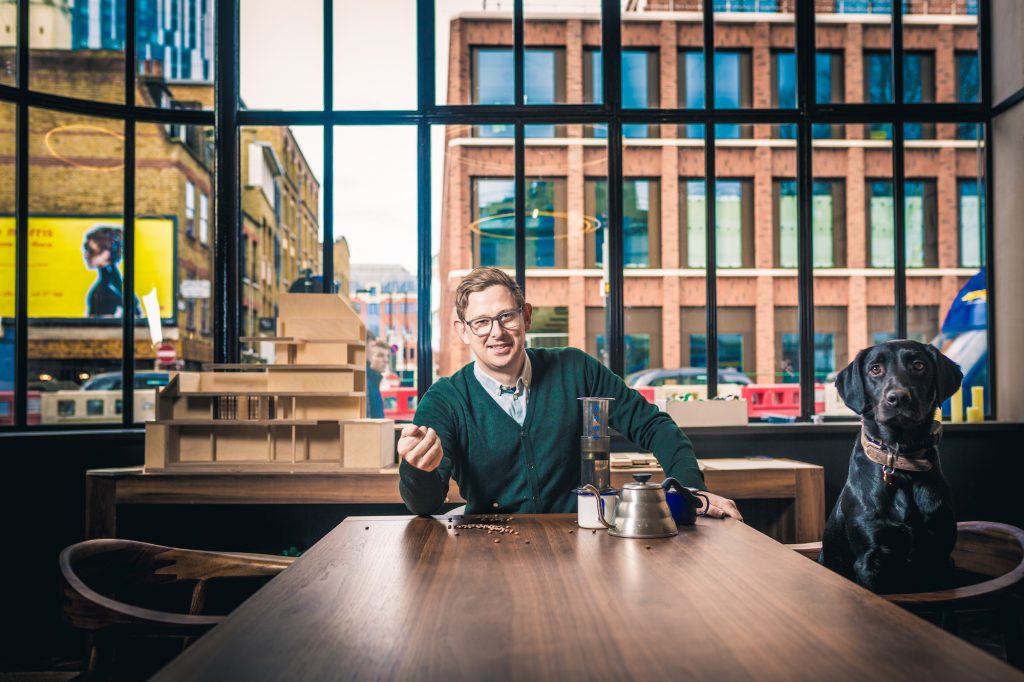 Freelancers all know the moment. The epiphany. For Ben it came in 2014, nine years after moving to London from the land of the Long White Cloud.

“I was working in a job in an office – cliché! – that wasn’t really doing it for me and I kind of wanted to kind of change my life a bit and do something I enjoyed.”

Back in New Zealand we have that coffee culture. Instead of going to the pub, you’ll go to the coffee shop.

He knew the perfect industry for his start-up. “Back in New Zealand we have that coffee culture. Instead of going to the pub, you’ll go to the coffee shop. There’s always been good coffee there. In fact, when I moved to London, the coffee scene was terrible, so we do what we can.”

New Zealand is home of the flat white, and has more roasters per capita than anywhere else. Vogue magazine ran a feature in January marvelling at the superior antipodean coffee culture compared to US chains saying “once [Americans] discover that New Zealand coffee packs a bit more of a punch, Kiwi cafés might be the place to be.”

Ben’s genius idea was Black Box Coffee, a fleet of coffee wagons and pop-ups shops. No rents, no leases.

“There’s a massive practical element to it,” he says. “It seems like such a good idea to kind of take advantage of those unused spaces. There must be five to ten per cent of shops vacant at any time. There’s great opportunities there. The other thing is, if you set up a coffee shop in the wrong place, I don’t have a ten-year lease I have to worry about, you know, holding onto or going bankrupt. I just remove my gear in the short term, so that’s great.”

He partners with venues to set-up bang in the middle of a caffeine-craving crowd.

He’s done deals with the Hackney Empire, retail space Goldfinger Factory, and Dalston Food market. Business events love offering Black Box Coffee for their guests, including London Design Week, Walthamstow Garden Party, and the the hackathons at Microsoft. There’s even a snazzy tricycle bar with a La Marzocco GS3 in the front box, to be peddled wherever it’s needed. The tricycle is available for hire, and can be found at popups across the city.

We rotate our coffee roasts a lot. It’s a fun thing to do for the barista and the customer, so there are always different stories to tell.

“We rotate our coffee roasts a lot,” says Ben. “We source beans from Dark Arts, Workshop, Square Mile, Origin, Alchemy and Roasting Shed. It’s a fun thing to do for the barista and the customer, so there are always different stories to tell.”

The biggest challenge? “Financial planning,” admits Ben. “Partly due to the nature of the business. It’s quite reactive, so it can go up really fast, we can also go down really fast.” He keeps on top of the numbers with an accounting package for small businesses, and his Tide account. “They make life so much easier.”

Black Box Coffee is an important case study for today’s retailers. High rents are a challenge across the UK. Black Box Coffee is proving there is an alternative to rent and rates. “Appear Here and Meanwhile Space are lease activator trying to get temporary usage in shops and premises,” recommends Ben. “It avoids the big expensive commitment of a lease.”

That’s the beauty of Black Box Coffee, they can pop up wherever they like. Ben’s latest venue is at a converted pub in Shoreditch, and if it works out there, then great. If not, he’ll zoom on to the next location. 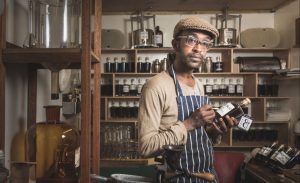 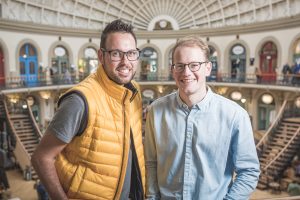 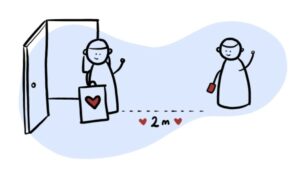