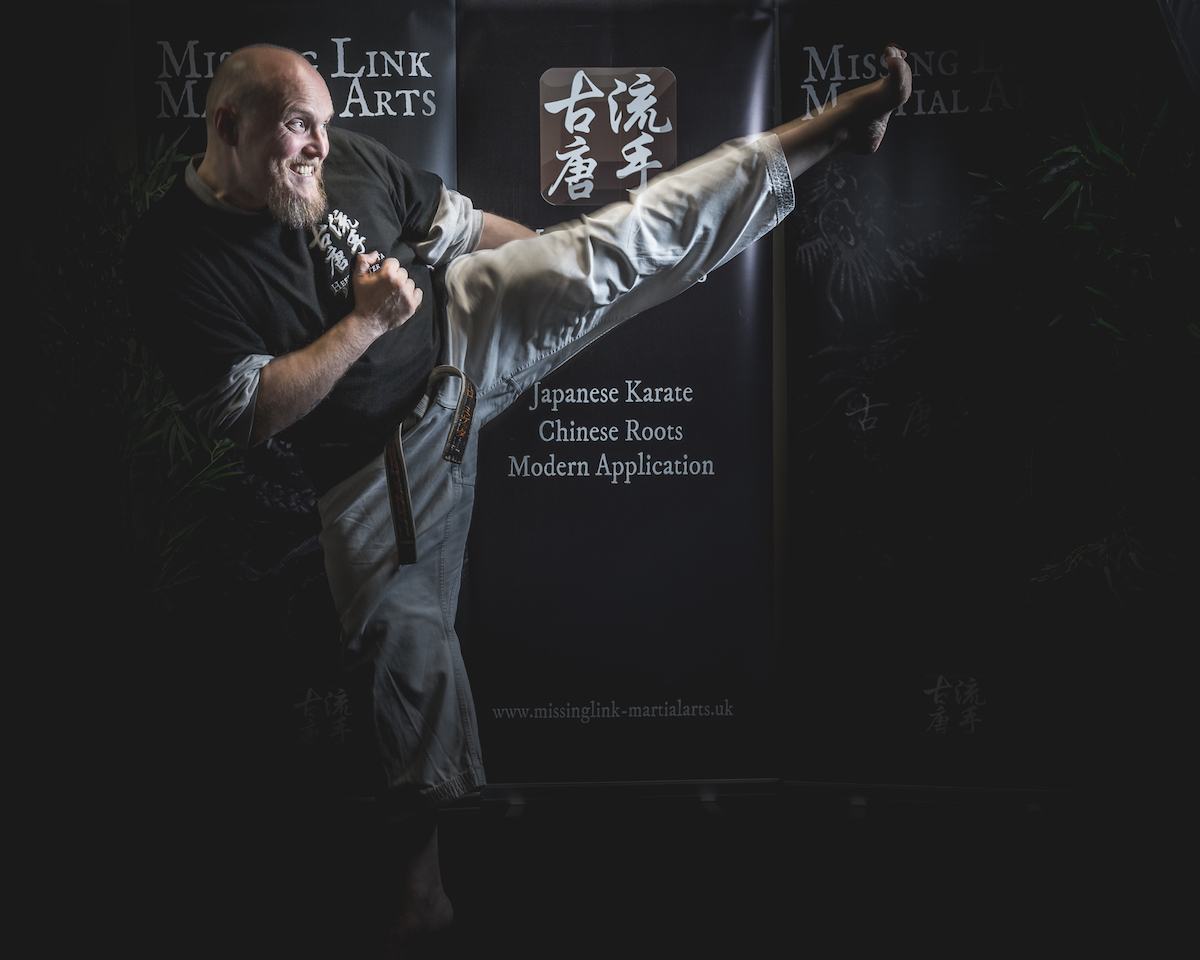 Heero Miketta is a man of many guises; teacher, publisher, entrepreneur, father. But he is at his most comfortable robed-up and ready to put his latest students through their paces at martial arts school, Missing Link.

The Manchester-based venture takes its name from a versatile style of martial arts which combines Japanese karate with traditional Chinese practice. “We basically teach people how to punch each other and to avoid being punched,” quipped Heero. “But then you start to have regular people who come to class you start to feel that, oh my god, we actually are building something. That’s what drives me.”

We basically teach people how to punch each other and to avoid being punched.

A martial arts school was never actually part of the plan for Heero. “I absolutely did not want to open a karate school,” he admitted with a chuckle. “But I got talked into joining the Missing Link community by some friends, and it somehow it became a natural point to start a school as well.”

Before taking the leap into business, Heero had trained to be a German and social science teacher, but a chance happening in 1994 set him on a different path. “Martial arts was a hobby for me but then my teacher got sick, and I was asked to do some classes,” recalled Heero. “From there I just slipped into it.”
A role at a communications agency followed, but the teaching experience had sparked something in Heero. “From then on, I knew I could never go into a normal job – it had to be self-employment,” he admitted. “Not wanting to work nine to five was a big source of inspiration.”

Not wanting to work nine to five was a big source of inspiration.

Fast forward to today and Heero has embraced entrepreneurship with both hands, running the martial arts school – traditionally known as a dojo – with colleagues Mike Kay and Arto Laksoonen. There have been sacrifices along the way, of course. Initially the business was run from any space they could find: railway arches, parks or even his basement. Heero also continues to run a publishing business with his girlfriend and has a young daughter, which means he has had to get used to managing his time better. Not that he’s complaining. In recent months the venture has secured funding, found a new permanent home at Studio 25 – a creative space in Manchester’s Northern Quarter – and graduated their first black belt student.

Heero currently teaches over 15 hours of regular lessons and also offers private training to groups, including police officers. The ambitious team at Missing Link are also focussed on having an international presence, with a little help from technology. “The idea is to do webinars, so people can train in different places at the same time through the screen. That’s the plan and that’s exciting.”

Such expansion seems bold, but thanks to a strong business network in Manchester they are already working with several marketing partners to get the Missing Link message out there. And as for its enthusiastic founder, he believes the sky’s the limit. So what is Heero’s goal for the next five years? “Fifty dojos all over the UK. That might be a bit steep… maybe it’ll take six years, but we’ll get there,” he added with one final chuckle.