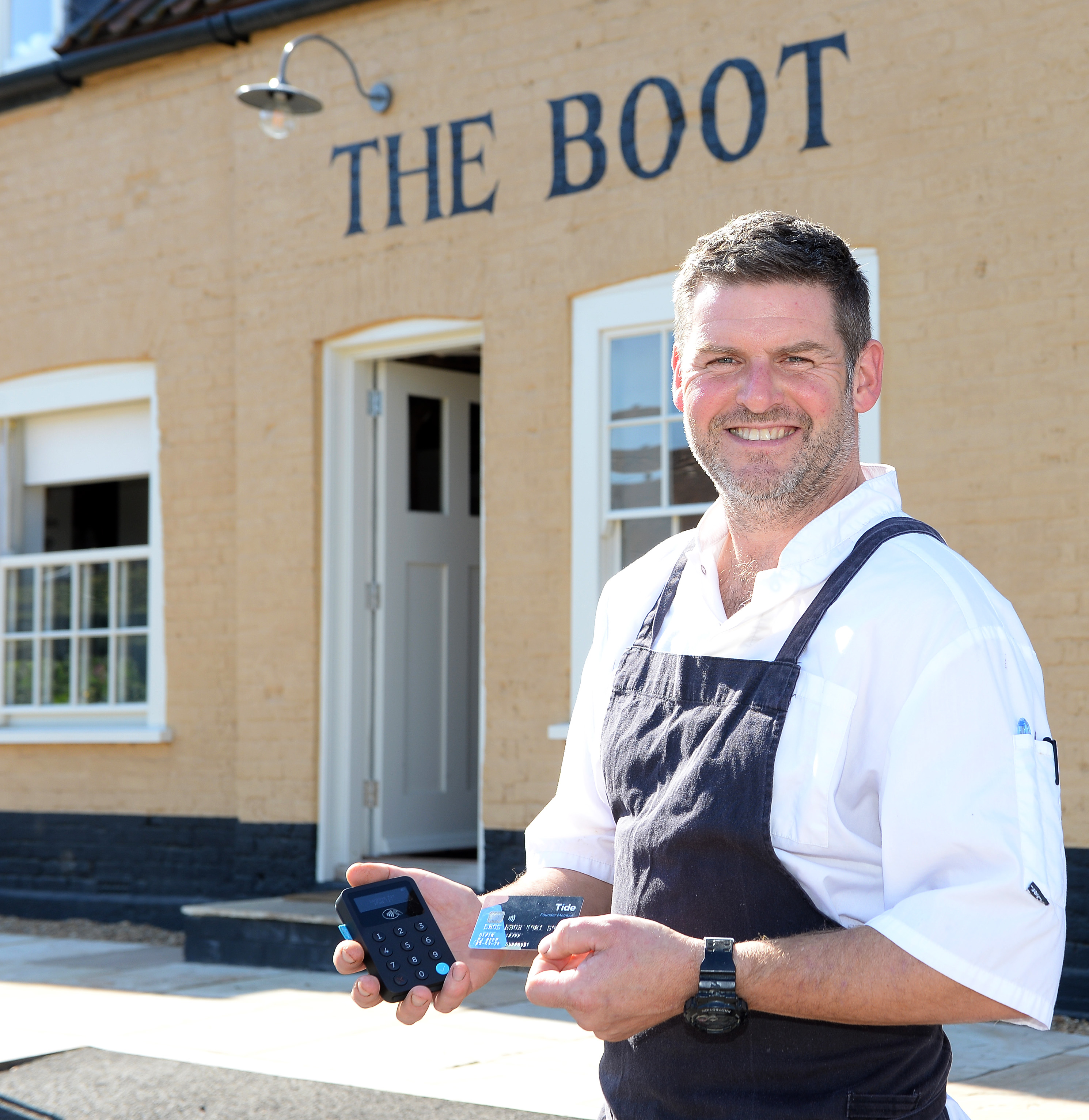 One of the joys of running a business is making your own rules. You can try things no one else dares to.

In a small village in Suffolk, Mike has been doing just that. He took over a pub that had been derelict for a decade and set about turning into one of the most extraordinary venues in the country.

The Boot in Freston is more than a pub. It’s a pioneering venture.

It’s got animals, petanque, an art deco cinema, a wedding paddock with tipis, home-grown food, and an extraordinary roster of celebrity chefs. Oh, and The Boot was the first pub in Britain to go cash free.

“The biggest thing with pubs is managing time. We reckon there’s about 15 hours worth of management time saved every week by being cashless.”

“I recognised that you’ve got to be cutting edge and move with the times,” says Mike. “The biggest thing with pubs is managing time. Cashing up at the end of the night can take two hours. Then you’ve got counterfeit money that you take a hit on. And you’ve got to go into town to pay it into the bank. We reckon there’s about 15 hours worth of management time saved every week by being cashless.”

It’s good publicity too. The Boot made the national press by being the first pub to ditch cash.

The food is world class. “We’ve got a series of celebrity chefs every Friday,” says Mike. “In two days time we’ve got Dhruv Baker, who won the first Masterchef in 2010. He’s doing a talk and a demo. Then we’ve got Valentine Warner and Olia Hercules. They’ve both got cookbooks coming out.”

In the spirit of keeping things local the kitchen is supplied by an on-site garden. “We grow all kinds of premium produce,” reveals Mike. “Like asparagus and soft fruits. We’ve got a duck pond for duck eggs. And some Hebridean and Icelandic sheep. We’ve got two lambs at the moment and one of them was rejected by her mum, so I’ve been bottle feeding her. The lamb’s been running about the pub. She sleeps downstairs with the dog. You can see her on our Instagram, she’s super cute!”

To feed the brain, the pub hosts unusual talks, such as children’s authors. And visits from the Ravenmaster of the Tower of London.

“I got a raven chick and trained it. She follows me around when I put up fences and work in the pub.”

“We breed ravens for the Tower,” says Mike casually. “I got a raven chick and trained it. She follows me around when I put up fences and work in the pub. I got in touch with the Ravenmaster because the raven community is quite tight-knit – we swap raven stories and how to look after them. They had four chicks this year and he gave three to me, so we have the bloodline. The Tower needs to have at least six ravens, so the idea is that we’ve always got a supply of ravens kept securely with us in Suffolk.”

There seems to be no limit to the variety of entertainment at The Boot. Competitive petanque is one of Mike’s favourite schemes. “The petanque piste is great!” he marvels. “There are 53 teams within 30 miles of us. We’ve got two teams now, and play pretty much every Sunday. All the old boys and girls come down and the home team makes sandwiches. It’s fantastic!”

“I’m very passionate about the ideals of an English pub. The sense of community.”

At the heart of this wild experimentation is Mike’s belief that villages need a pub. “I’m very passionate about the ideals of an English pub. The sense of community. People talking crap to each other over a pint or a Coke, and playing darts. The English pub is a unique environment and culture.”

I’ve lived all over the world, Nigeria, Saudi Arabia, and Germany. None of them have anything like it.”

To create his vision Mike needed a business bank account that matched his values: one that saved him time and broke the old rules. “Normal banks have so many branches, with marble and great big sculptures,” he says with a shake of the head. “They sting you for money all over the place. I’m very anti-banks.”

Tide offered the ideal service: “It’s really good. I must say that. The app is really easy to use on the phone. You can set up an account really quickly. I lost my card once and the replacement came in two days.”

“We link our account to Xero, so we don’t have to cash up at the end of the night.”

Tide offers an easy way to do the finances in a streamlined manner, particularly for a cashless enterprise. “It’s perfect,” says Mike. “We link our account to Xero, so we don’t have to cash up at the end of the night. There are no ridiculous charges.”

The approach has cut admin to a minimum. “I pay all the weekly staff from my phone. It takes about 20 minutes. The iPhone has face recognition to log-in, so that saves you from pressing lots of buttons.”

The Boot is now in profit, and is showing the industry how pubs can thrive even in the smallest communities.

“You’ve got to offer something different,” says Mike. Just to add to the mix, he’s found a new passion: fermenting.

“I’m doing this project in Greenland, Iceland and the Faroes where we’re investigating fermentation with three universities,” he explains. “In the Faroes they ferment lamb. In Iceland they’ve got fermented shark and in Greenland they capture all these birds and stuff them inside seals and ferment them.”

“I went out to Wales in March and dug a four-foot deep pit and put loads of cabbages in it and buried it. We’ll dig them up in September.”

The results will no doubt be discussed over petanque in the company of lambs, ravens, and the lucky villagers who get to call The Boot their local.

Discover the full menu and opening hours on The Boot’s website. 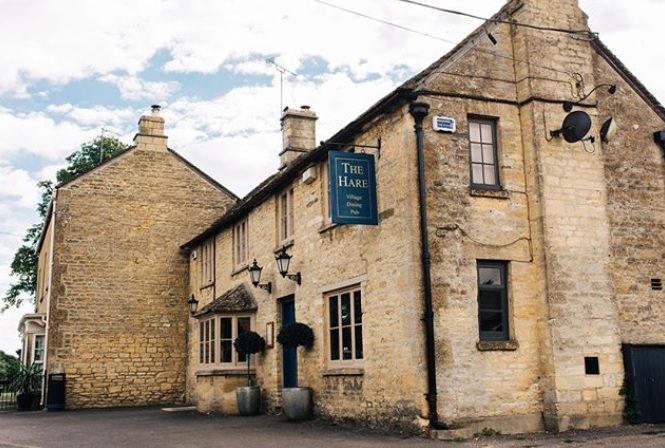 How to run a business in lockdown: Rachel – the hatter, haberdasher and The Hare’s head honcho 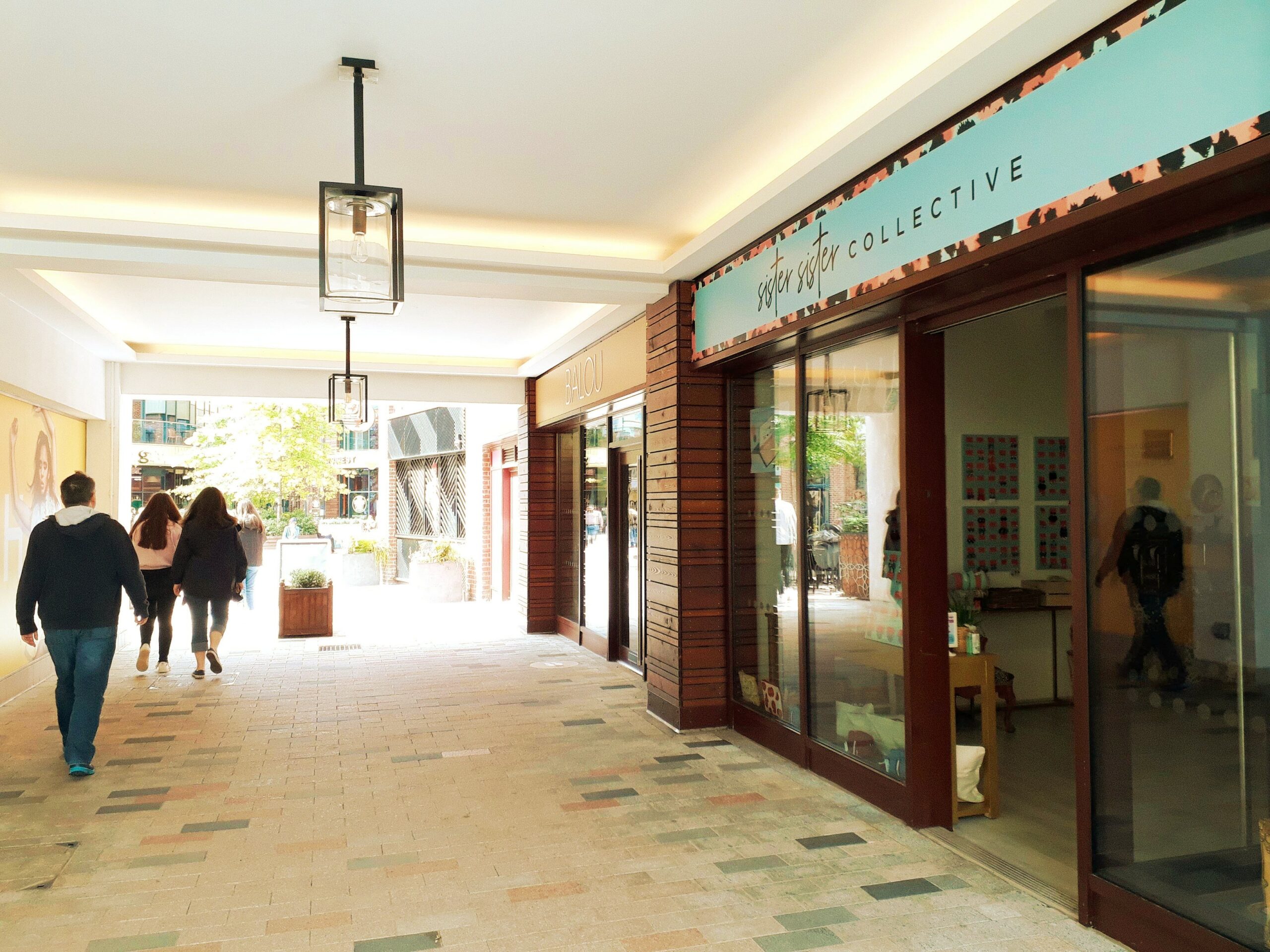 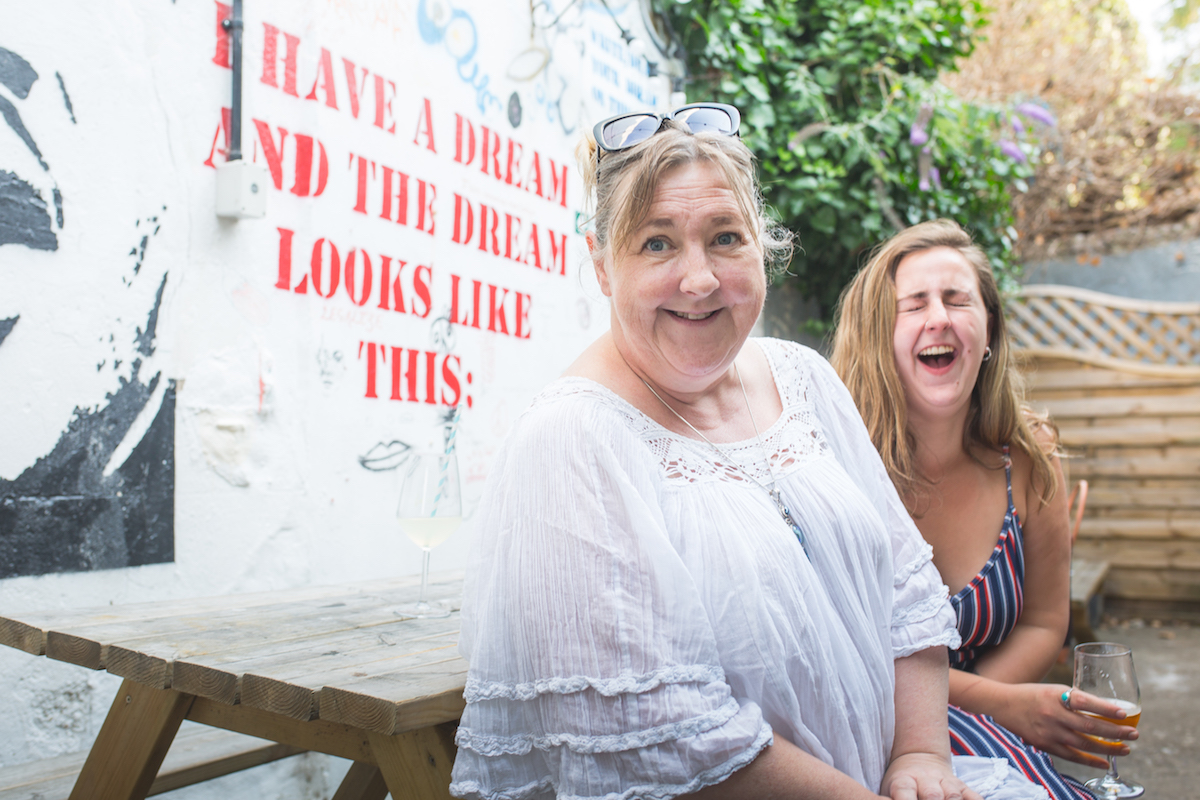 Kate and Aly Guindi, the mother and daughter bringing pottery to the pub