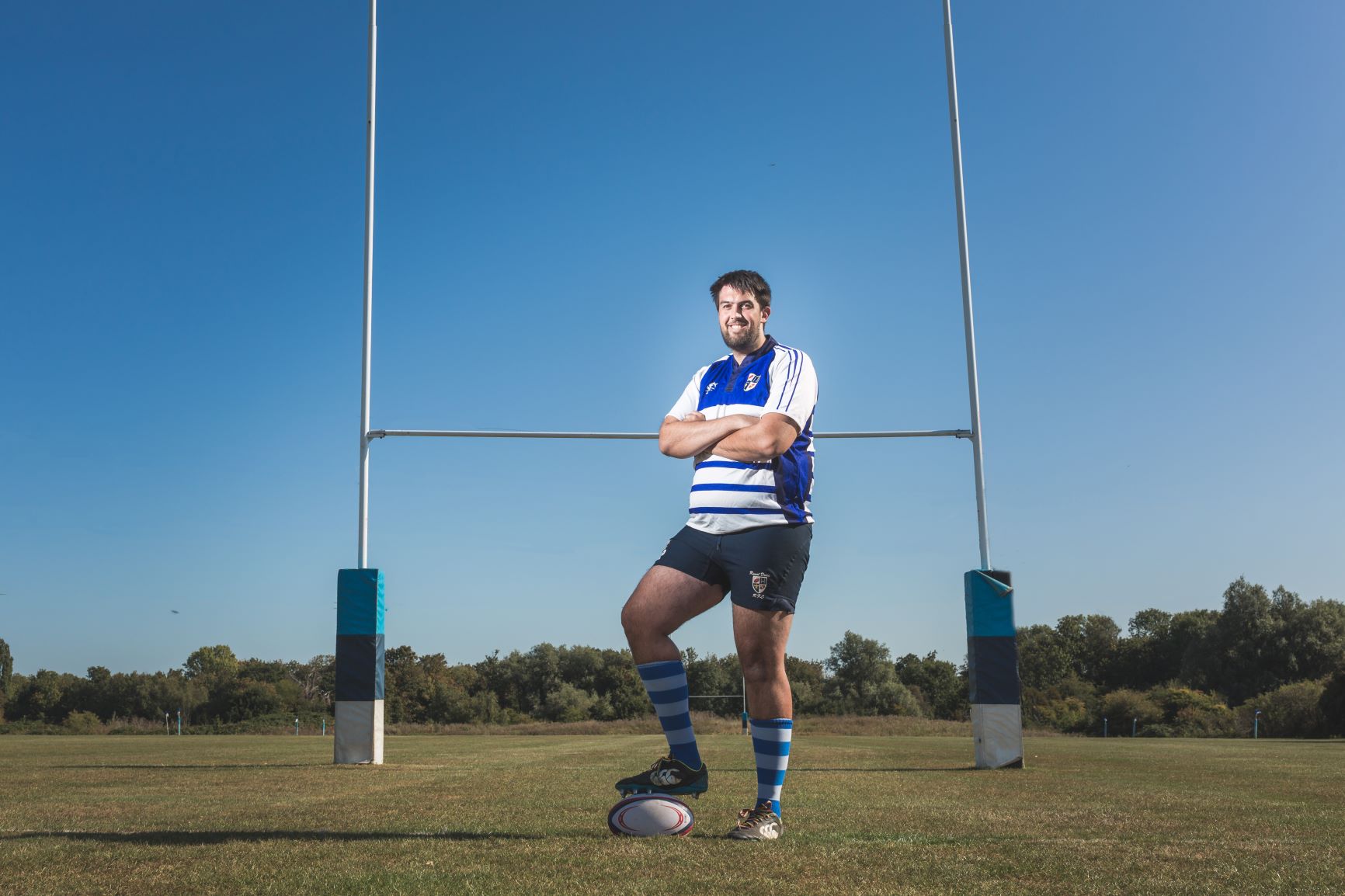 ‘The whole point of rugby is that it is, first and foremost, a state of mind, a spirit,’ the French legend of the game, Jean-Pierre Rives, once said, and no one is doing more to spread and enhance that spirit than Sean Phelan – the rugby enthusiast and entrepreneur behind Fill Your Boots.

Sean’s business concept is based around finding the right players for matches. ‘In a nutshell it’s an online exchange, almost like a dating app, of rugby players and clubs,’ Sean explains. ‘At the moment there’s such a shortage of players and so many clubs are struggling. I’ve helped clubs in Wales, Scotland, Ireland, America find players. We did one in Germany a couple of years ago. They’ve all got the same troubles as everyone else.’ By connecting players and clubs online, the scope of this sporting interchange is limitless.

Sean fell in love with the game aged five and played throughout his childhood at Kingston RFC, before moving into the senior team at the club where his father and family friends also played – Racal Decca RFC in Tolworth, Surrey.

Sean was inspired to set up his innovative online platform when he became the captain of his club. ‘Our club has been around for 60 years and we’re still struggling to find players,’ recalling his epiphany in 2015. ‘We had just created a tournament called “The Smallest Rugby Club World Cup” which was designed for one team clubs like us, who don’t own their pitch. We ended up getting 45 players one day and then a week later it happened that we couldn’t get 15 players out.’ There is an obvious issue with the consistency of supply and demand in Grassroots rugby, which Sean set about resolving.

Sean’s passion is rooted in the amateur game, ‘People who play rugby because they love doing it with their mates. We do it for each other rather than for a pay cheque.’

With his background in social media, Sean saw the solution to the grassroots issue in modern technology. Sean’s passion is rooted in the amateur game rather than with the professionals, who will be fixtures on almost every pub TV during the 2019 Rugby World Cup. ‘Grassroots to me probably means something different to me than it does to others,’ Sean explains. ‘A lot of clubs say they’re grassroots but then they pay their players and they train twice a week. To me, grassroots means players, who rock up on a Saturday and maybe train once a week, or, like us, don’t even train at all. People who play rugby because they love doing it with their mates. We do it for each other rather than for a pay cheque.’

The creation of the concept, and the business, has been very spontaneous – harnessing social media sites such as Twitter and Facebook to identify rugby enthusiasts and linking them to the clubs in desperate need of players. Sean helps these clubs to establish a more sustainable future. ‘The whole of Fill Your Boots is improvised,’ Sean adds. ‘Everything has been made up on the spot. Creativity is essential. A lot of this process has been trial and error, seeing what works. Seeing what people click and like and share.’

The establishment of a business can be a stressful and daunting challenge for entrepreneurs, yet the experience is often life changing. Thanks to Fill Your Boots, Sean has been able to play on the hallowed turf at Twickenham. ‘We got a phone call a few days before the British and Irish Lions game a few years ago”. Dove For Men had arranged an ultimate day of Rugby for the first British and Irish Lions test in 2017. The organisers said, “We know this is last minute but can you round up 15 guys? We’ve got something we need to do.” I asked what for and they just said, “Bring your boots.” So I agreed!. And that was incredible: changing in the England changing room, playing rugby on the pitch, getting to do it with my guys. It was as much of a high for them as it was for me.’

There is a particular charm in Sean’s approach which he describes as ‘adhoc’. ‘Monday and Tuesday are the quietest days because teams aren’t training, but from Wednesday onwards they’ll know who they’ve got so they’ll request the players they need and I’ll get to work finding them.’ Thanks to the network Fill Your Boots has built, it’s all arranged smoothly, meaning fresh hope for this most traditional of games. Quite often just ‘one player being available means that 30 players can play.’

Following a grassroots word of mouth recommendation policy also helped Sean find Tide. ‘When I started the business in April 2018, I did a lot of research, trying to find accounts I could afford,’ he recalls. ‘All the high street banks charge a lot of money so I spoke to a few people and the one name which kept coming up was Tide.’

The whole process was refreshingly easy, he adds: ‘I signed up there and then and it was done and dusted in half an hour.’ He particularly loves the accounting function. ‘Being able to download transactions and transfer it to an Excel spreadsheet is perfect for me,’ he continues. ‘The app is brilliant, so easy to use. The live chat is really quick. If you have a question, 20 minutes later it’s all done – that sort of thing is really helpful.’

Meanwhile, Fill Your Boots is moving from strength to strength. Sean was contacted by Betfred to help promote a podcast, The Rugby Report, hosted by commentator, Nick Heath, and former England player, Tom May. They needed a rugby network that would be willing to promote their podcasts and Sean was happy to oblige.  Another highlight for Sean was The Cabbage Patch pub in Twickenham hosting a Fill Your Boots banner outside. As Sean’s network grows and the Fill Your Boots community gains more awareness, local rugby has a bright future ahead.