The Wedding Pizza Company, a marriage made in food-truck heaven 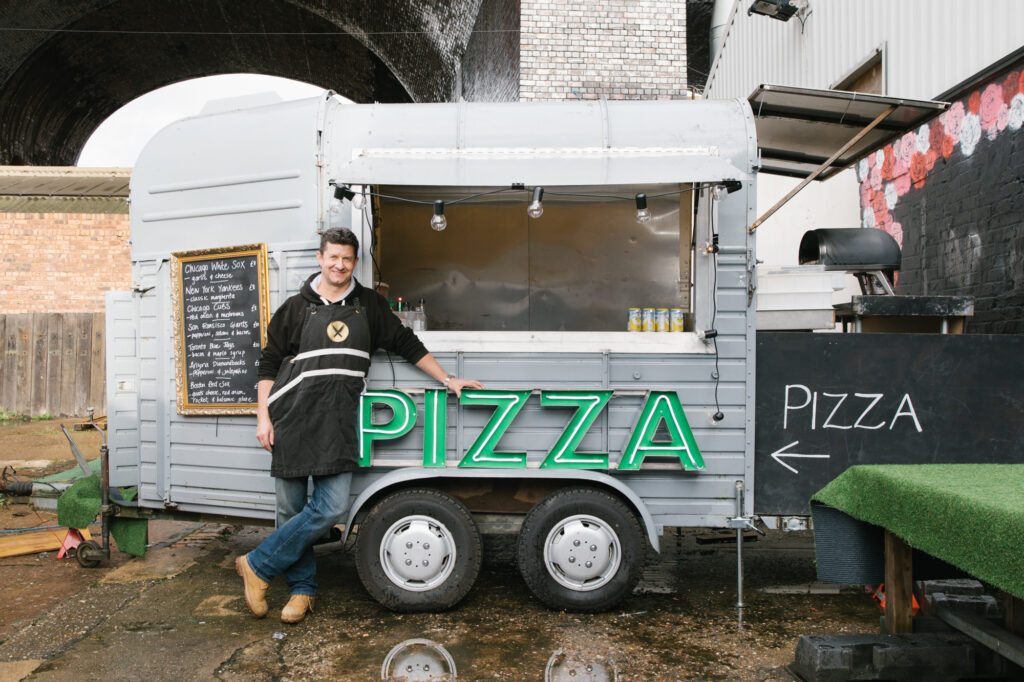 For some people, the best weddings are the most informal. Not everyone wants to be stuck in a marquee and served a formal sit-down dinner that leaves you starving.

Fortunately, Stephen McCarty had the vision to found the Wedding Pizza Company to bring fun, informal and most of all filling food to newly-weds’ celebrations.

He explains: “We sell pizzas, steak sandwiches, and burgers mostly at weddings, private functions and corporate events throughout the West Midlands. Our pizzas include vegetarian, vegan, and gluten-free pizza, all hand-made to order.”

His master-stroke is serving the pizzas from three unique horseboxes. Each is fitted with two 500-degree ovens, able to produce 40 pizzas an hour.

He even caters for the brides and grooms to personalise their menu to suit their wedding theme, ‘We’re doing a Peaky Blinders wedding soon, so all the pizzas are named after characters from the show. The only issue is we need a translation sign up inside, so we know what’s what!”

The concept is a smash-hit. In just two years, The Wedding Pizza Company has become a fixture at weddings from the small-and-cosy to the huge-and-expensive.

“We’ve done weddings at stately homes such as Aynhoe Park and Stanford Hall,” reveals Stephen. “And weddings with people from Monty Python and Mylene Klass.” Pink Floyd too. “Nick Mason spent most of his time behind the counter with me, talking about cooking because he owns restaurants in London. He just wanted to see how it all works.”

Success in the food industry is always about the details so Stephen has spent a lot of time polishing his concept. Every detail has been meticulously thought through.

Take the horseboxes. “A lot of people use converted vehicles, but the problem is that if the engine goes on your vehicle, you’re dead. Whereas I tow my box, so if my car goes, I just get another car and tow it with something different.”

The open-air design means the heat dissipates. Where other caterers get cooked alive inside their vans, Stephen and his team enjoy the fresh air blowing through.

The beauty of the horseboxes is no accident either. In this Instagram age Stephen has become skilled at promoting his business with inspiring and mouth-watering pictures.

“Wherever we go, my nieces who are 17 and 18 come with me. They do the social media. We take hundreds of pictures, they go through them and post to our Instagram. We have a social media counter called a Smiirl. It’s like one of those display boxes you have at train stations that click over. Whenever anyone follows us on Instagram the Smiirl clicks over. A huge amount of people follow us just to see it click over. People want to be a part of it.”

Curiously, Stephen has no background as a chef. “I only started cooking when I was 40,” he admits. “It’s taken me 10 years to get from ‘never cooked’ to now.”

A lot of people have ‘side hustles’, but this is becoming a main hustle now

In fact, his main job is running a recruitment business in London. “I recruit investment bankers,” he says. “I’ve done it for 25 years. I think it’s important to have more than one career. A lot of people have ‘side hustles’, but this is becoming a main hustle now.” He works evenings and weekends on the Wedding Pizza Company – which he fits around raising two young children.

We asked Stephen for his most impressive achievement with his start-up.

“Making it profitable so quickly!” he says. “There are a lot of my competitors out there who are a lot cheaper, but they’re not making a profit. Others are more expensive and then all you hear afterwards is complaining. You’ve got to have a win-win. The letters we get after an event, when people have had a good time, are fantastic.”

A company growing this fast needs a business bank account to match. So Stephen chose Tide. He explains why:

“First I went to one of the high street banks, who I’d banked with previously and personally, and asked how long to set up an account. They said three weeks. I don’t get it. They’ve already got all my details and my photographs. Why can’t they just give me an account number?”

Instead he tried Tide: “I downloaded the Tide app and four hours later, I received my first payment from a client into the account.”

He loves the customer service. He says: “There’s no hassle with Tide. If I have a problem I can go online and get it sorted quickly. It feels like I’m talking to someone close to me.”

Making Stephen’s accounting even easier, The Wedding Pizza Company’s accounting software FreeAgent connects directly to Tide. “Every time I switch on FreeAgent it’s downloaded all my statements,” he says. “So I know how much VAT I owe, and how much profit I’ve made. I know how much personal tax I’m going to have to pay, and corporation tax. It just makes it so easy.”

“I’ve moved my recruitment business account to Tide, too. And my wife’s TV business. Everyone I meet I encourage to join Tide!”

Not bad for a man who still doubles up as a recruitment consultant. “Let me tell you,” he says, “I got more ‘thank yous’ the first time I cooked pizza than in 25 years in the 9-to-5.”

What’s next for Stephen? The Wedding Recruitment Company? With his big plans, he’s certainly going to need more staff…

Can a dormant company have expenses? 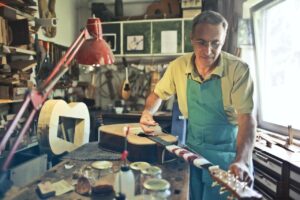 Limited company or sole trader? What to consider before you choose