Blog / Member Spotlight / Will Pearson and Nick Doman, the graduates on a mission to combat ocean plastic 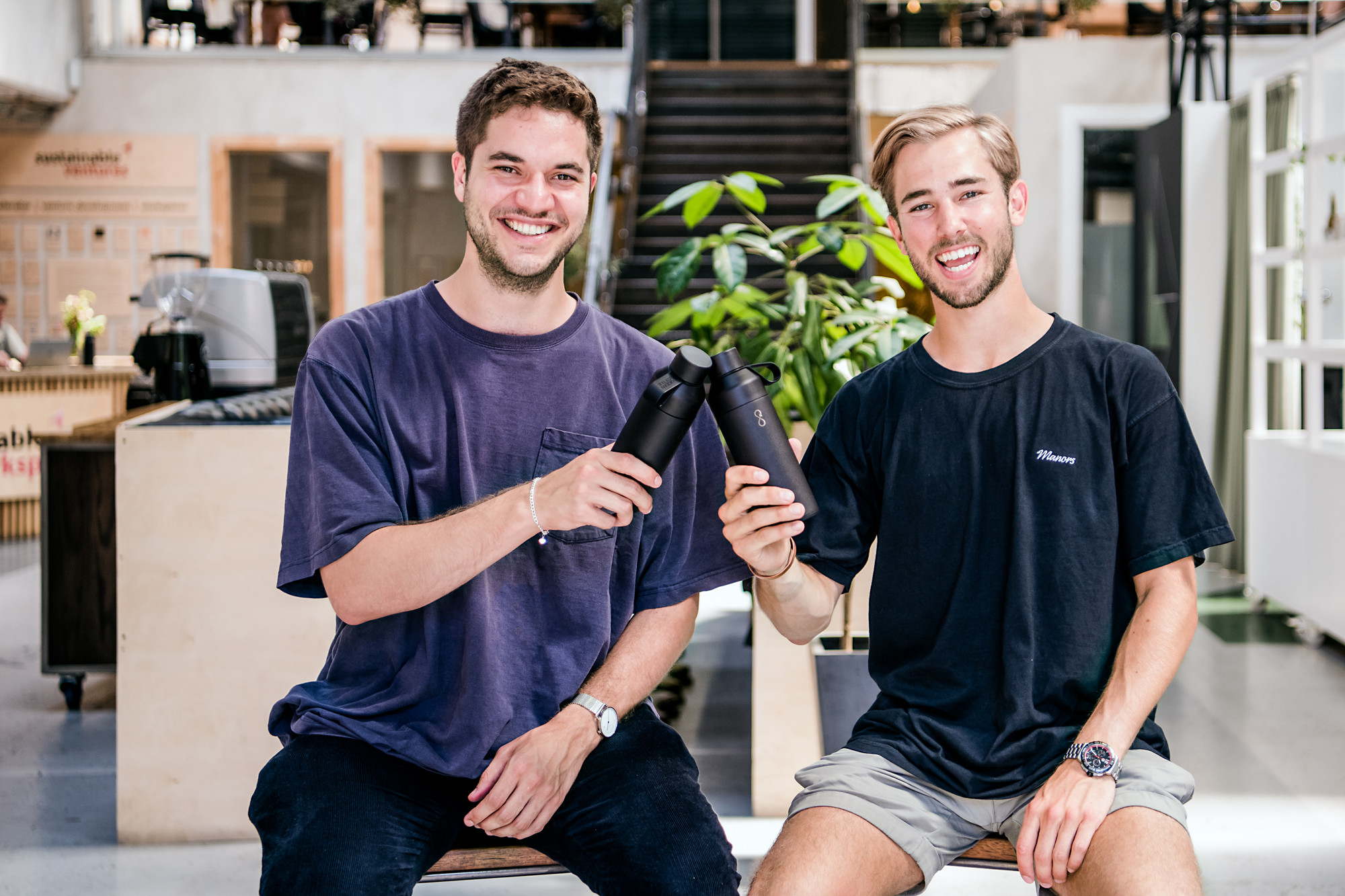 Will Pearson and Nick Doman, the graduates on a mission to combat ocean plastic

Ocean Bottle is branded as ‘the world’s most needed bottle’, and co-founders Will Pearson and Nick Doman are two young entrepreneurs who make an extremely compelling argument as to why. Their business rests on an extraordinarily exciting premise: buy their stainless steel bottle and you can stop a thousand plastic bottles from entering the sea.

‘I think we’re trying to stand out on two levels,’ Will explains. ‘One is, first and most important, impact and what we call “No Bullshit Sustainability (NBS).”’ When asked what NBS means to them, Nick explains ‘It just means uncompromising in everything that we do. We want to hold ourselves accountable and be transparent. So many companies out there are saying they’re sustainable, but we want to do one better. We want to build a community of people who are talking about what we’re doing and really be open about the impact that we’re making.’

‘We did look at the market and honestly we said, “Do we need another reusable bottle?” because there’s so many. But when we really started to critically look at it and look at what could be improved and what new innovative features could we bring, then we decided that, absolutely, there was space.”

On another level, the founders really want to be uncompromising in terms of the product. ‘We did look at the market and honestly we said, “Do we need another reusable bottle?” because there’s so many. But when we really started to critically look at it and look at what could be improved and what new innovative features could we bring, then we decided that, absolutely, there was space.”

The scale of the task of extracting plastic from the ocean is monumental. According to figures collated by the Natural History Museum between 4.8 and 12.7 million tonnes of plastic enter the ocean each year, and plastic has spread through the waters in such vast quantities it’s even thought to have reached deep-sea areas that we – as humans – still haven’t accessed ourselves. ‘Ocean Bottle is specifically focused on ocean-bound plastics,’ Will explains. ‘So, the plastic that’s collected is in largely impoverished coastal communities. At the moment we cover Haiti, Indonesia, the Philippines and also Brazil. We’re basically collecting plastics along coasts and waterways which has the potential to flush out into the ocean.’

Ocean Bottle works by transferring some of the money used in its purchase to pay for plastic bottle collection. ‘Really, it’s all off the back of putting a higher value on plastic waste,’ Will continues. ‘So, each time someone deposits plastic or collects deposited plastic, that is then exchanged for Social Plastic Collection Credits, which we fund through an IBM blockchain platform, and we can then track exactly how much plastic has been collected and when and where, together with Plastic Bank.’

Will and Nick met serendipitously while studying at university – they were seated next to each other and started collaborating almost immediately. ‘We’re both basically graduates,’ Nick explains. ‘This is the first time either of us have done anything like this or really had a job… It’s a steep learning curve every day. It’s why it’s fun.’ They were inspired by two of their sustainability professors who taught that when it comes to the future of business it’s critical to put the environment first. ‘They basically suggested that we should get in touch with Plastic Bank because they’re a fantastic organisation,’ Will adds.

Already, Ocean Bottle’s ethos is generating a lot of excitement. First, they raised $150,000 through Katapult Ocean, an oceantech startup accelerator in Oslo, Norway (Will is half Norwegian.) Then, they raised $265,000 through a kickstarter campaign on IndieGoGo. ‘Suddenly,’ Nick recalls, ‘we had thousands of people backing us or, even if they weren’t backing us, they were emailing in and saying, “Guys, what you’re doing is great.”’ Now it’s reached the point where celebrities are involved. Natalie Imbruglia poses proudly with an Ocean Bottle sample on their Instagram account. ‘We should also probably mention that we just sent bottles to Ed Sheeran’s tour,’ Nick confesses. ‘200 bottles – which is awesome.’

‘If you go in and fill up your Ocean Bottle with a coffee or a smoothie, or even tap water, that cafe chain can actually pay funds to Plastic Bank for further collection. If you go in for a paid drink, you could be collecting 100 plastic bottles for every coffee you buy.’

Aside from being responsibly produced, Ocean Bottles also feature cutting edge technology. Each bottle will be fitted with a smart chip. ‘So, it’s the same sort of technology as you find in loyalty cards or in your phone, for Apple Pay,’ Nick explains. The idea is, in future, to partner with retailers. ‘So, if you go in and fill up your Ocean Bottle with a coffee or a smoothie or even tap water, that cafe chain can actually pay funds to Plastic Bank for further collection. If you go in for a paid drink, you could be collecting 100 plastic bottles for every coffee you buy.’ Look out for announcements from Ocean Bottle about the retailers they’ll be partnering with and where you can make an impact with your bottle.

Nick and Will are passionate about finding innovative solutions to modern-day problems and discovered Tide after being inspired by an advert Will saw on the London Underground. The tag line read: ‘Starting a business is a test of character: setting up a business account shouldn’t be’. ‘I really chuckled when I saw that in the Tube station,’ he says. ‘It really got me.’ Nick has also been impressed with the standard of customer service. ‘We tried to set up a bank account with Barclays four times,’ he recalls. ‘I did the Tide sign up and it was super smooth.’

They’re eager to go global so ease of international transactions is important too. Will concludes, ’I love the fact that in Haiti, for example, there’s over 30 collection points where locals can just bring in recycling in exchange for either money but also products, even medical insurance, school tuition or access to microfinance…’ The possibilities for impact are endless for this duo.

Ocean Bottle will soon be set to clean up the seas, one sustainable bottle at a time – a small but important step towards saving the world.