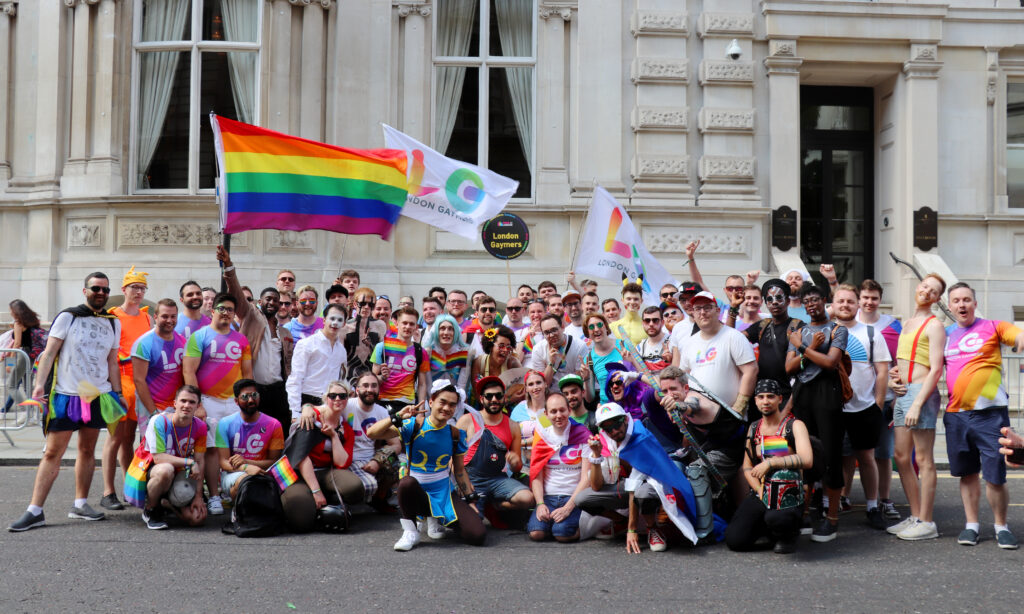 For Pride 2020, we caught up with some of our members whose businesses specifically support inclusion and/or the LGBTQ+ communities.

In this post you’ll meet Matt, Yael and Olly and find out what they do. Then, whether you identify as LGBTQ+ or you’re an ally, reflect on how inclusive and open your own small business is and add some actions to your to-do list. While 2020 might be the year of isolation, let’s help make sure it’s also the year of inclusion.

Hello Matt. Introduce yourself and your business.

Firstly, we provide spaces both online and offline for LGBTQ+ gamers throughout London and the UK, where gamers can be themselves in spaces that they might not be comfortable being totally open about either their LGBTQ+ or gamer identities.

Secondly, we advocate for LGBTQ+ gamers by engaging with the press, particularly the LGBTQ+ and gaming press, on intersectional issues and working with the industry on LGBTQ+ issues.

We also do a lot of charity work, supporting LGBTQ+ and gaming charities.

Why did you choose Tide for your business account?

Mainly the ease of use and convenience of an online account that took just minutes to set up.

Also part of our decision process was that our Tide account integrates with other platforms.

What’s one thing you wish people knew about being LGBTQ+?

It can be easy to forget the reasons that Pride is still needed. A lot of people assume that now marriage equality is a thing, the playing field is now level. But this isn’t the case: LGBTQ+ people still face discrimination every day, with trans people and gay people of colour still getting largest percentages of this discrimination.

Research also shows LGBTQ+ people are still at much higher risk of mental health issues such as depression, anxiety and isolation. Having support networks can be literal life savers for some people.

How can people who don’t identify as LGBTQ+ be better allies?

I think the simplest thing is for allies to stand up for LGBTQ+ people when you hear or see discrimination. Listen to LGBTQ+ people and their stories. It’s often easier said than done but it does make a difference.

Perhaps the first time I marched in the Pride in London parade with London Gaymers, being surrounded by friends and the crowds. It was overwhelming but in a good way.

Hello Yael. Introduce yourself and your business.

We run a gender consultancy where we support organisations’ strategies, achieve and benefit from sustainable gender and LGBTQ+ inclusion and equality. Our society is heading towards gender inclusivity and intersectionality and our clients are leading the way, ahead of the curve.

We also provide legal and policy support, and train leaders and staff.

Tell us about some of your current projects.

We’re promoting LGBTQI+ rights and inclusion as part of a gender mainstreaming project in the Secretariat of the Association of Southeast Asian Nations (ASEAN).

In our upcoming online course, we dedicate a full module for LGBTQI+ inclusion and other relevant issues are integrated throughout the training.

Where can we take a look at what you do?

Hello Olly. Introduce yourself and your business.

My name is Olly Pike and I’m the Director and CEU (Chief Executive Unicorn) of Pop’n’Olly.

We’re an LGBTQ+ ‘edutainment’ resource for children, parents, carers and teachers. I identify as gay.

How does Pop’n’Olly support specifically the LGBTQ+ communities?

We create LGBTQ+ inclusive books and videos for children which are used in primary schools and homes across the UK and beyond.

Why did you choose Tide for your business account?

In all honesty, it was the bank suggested when I created my company but I really love it and I’m really happy I found you!

Gosh, thanks! We’re blushing. What’s one thing you wish people knew about being LGBTQ+?

I wish people knew what it was like to not feel entirely comfortable simply holding your partner’s hand in public for fear of abuse or worse.

How can people who don’t identify as LGBTQ+ be better allies?

Educate themselves and their families/friends/children about what LGBTQ+ means and some of the struggles that LGBTQ+ people have to face, not just in this country but around the world.

And also stand up and speak out louder for transgender people. Trans rights are human rights. They are beaten down in the press so much, it’s heartbreaking.

Marching in the parade last year with UK charity Mermaids (a charity which supports transgender children and young people). And hearing Charlie Craggs say ‘We need to stand up for trans women of colour the way they stood up for us 50 years ago’ – literally gave me goosebumps. 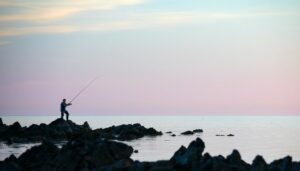 Bounce Back Loans: you asked, we answer 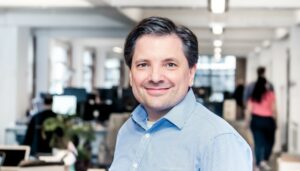 Tide Bounce Back Loans / Update 1 / A letter to all members from Oliver, our CEO 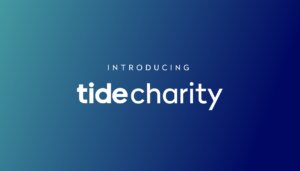 Letter to all Tide members: Launch of Tide charity

A business current account that's free, easy to open, and helps you start doing what you love.