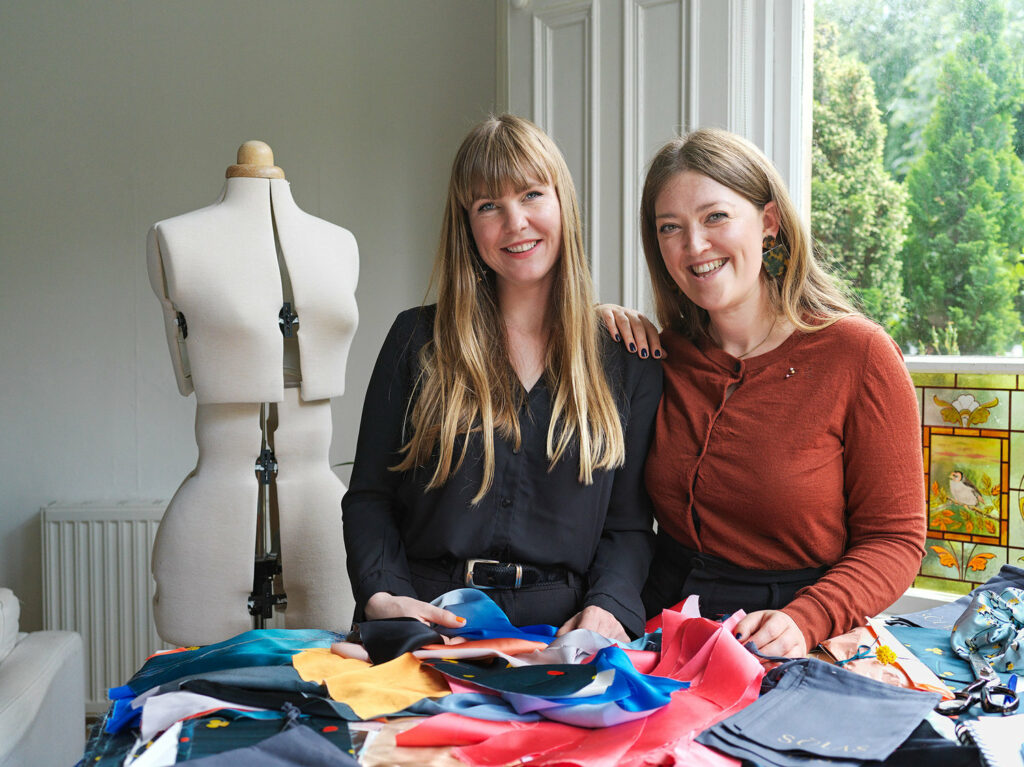 Sleep is a time of fantasy, when the cares of the day evaporate and we enter the magical world of dreams. So why is most sleepwear so boring? Where’s the poetry and romance?

Fortunately, two Scottish entrepreneurs are on the case. Ruth and Ciorstaidh are friends from the Outer Hebrides who founded Sòlas, which hand-makes quite possibly the most beautiful pyjamas you’ve ever seen.

“Sòlas is a Gaelic word meaning light, comfort, and joy,” says Ruth. The joy and light of their childhood tales and landscape of the Hebrides certainly runs throughout their collection.

“Ciorstaidh is from Benbecula, one of the islands,” says Ruth. “The landscape is sparse and has a sprawling area by the beach that’s really fertile. It’s just a massive tangle of flowers. Our Machair print in light blue is from that scenery. The colours make you soothed and sleepy. A lot of our stuff is from our childhood and where we grew up.”

The idea behind the brand evolved naturally. “A lot of our friends are freelance and they’re running around doing loads of different things for different people,” explains Ciorstaidh. In a world where it’s hard to switch off, the pair wanted to create something for us that acts like an antidote to our hectic lives – something that felt sacred and just for you.

“I felt like sleepwear should be something that makes someone feel really good about themselves,” says Ciorstaidh. When you consider how much of our lives we spend asleep or lounging at home, it’s quite astonishing how easy it is to end up wearing a friend’s company t-shirt to bed.

“Just because no-one sees it – or only your partner sees it – doesn’t mean you can’t enjoy it,” adds Ruth. “It’s like the ultimate luxury when you have something just for yourself.”

The dream used to be for a London department store to place an order, but with the lack of control and cash flow problems that can come with larger retailers, the company’s focus has evolved. The business currently operates from Glasgow, where the pair built their careers in fashion. “We know all the people that own the shops where Sòlas is stocked, so we can chat to them and they’ll give us feedback about what people are saying,” explains Ruth.

“We had all different prints, because we hadn’t really focused on anything, but that was really good because we could see what people were gravitating towards,” says Ciorstaidh. “We just got instant feedback just from seeing people’s reactions.”

Their network of extraordinary friends is helping them differentiate from the rest of the market. “The girl who makes packaging for us is book-binder. She makes beautiful books.” Again, not something you’d find at a high street brand.

The duo attribute part of their success to their experience before they decided to launch Sòlas. “I think a lot of students or graduates want to start their own business straight away from art school, but our advice is to take some time. Go and work for other people.” insists Ciorstaidh.

Prior to Sòlas, Ciorstaidh has worked with menswear designer Sruli Recht in Iceland, uniforms for the Commonwealth Games and more recently, costume for film. Ruth’s equally impressive experience spans London and Melbourne, working as a textile designer and a print technician, which has hugely benefited their brand’s production. “It’s been helpful working for other people as well, to get an idea of what a small business starts out like,” says Ruth.

Their artistic multimedia backgrounds shine through, taking their product beyond purely garments. “We’ve got that core of sleep and relaxation, but we’re not tied to making a certain thing,” says Ciorstaidh. Previously, Ruth’s friend mixed an hour long playlist to lull people to sleep, and they collaborated on a sleep spray, in addition to creating eye masks and accessories. “We’re open to doing other events and experiences, and I guess a large company maybe isn’t able to make that shift so quickly” adds Ciorstaidh.

So far, Sòlas is self funded. “We always say because we didn’t have much money, we’ve made a lot of tough choices that we might have thrown money at and wasted anyway,” says Ruth.

While not having investment may have made them move slower, it’s made each move more considerate. “I think not having a lot of money at the start can be turned into a positive,” adds Ciorstaidh.

“When we first started, we were using a different material and working with different producers. So, if we had money, we’d have probably done a big order on that and then found out that it wasn’t quite right and then been left with all the stock” says Ciorstaidh.

“We ended up working out a lot of things ourselves,” adds Ruth. “So, it was probably quite empowering to realise, ‘Oh, we are designers!’”

Speaking of money management, Ciorstaidh came across Tide on Instagram. “I just saw it and I thought it was easy to sign up, and I love the fact that it’s really easy to track all of your expenses,” she explains. Because they share the business account and hold their own expense cards, the ability to add notes against each expense has been really helpful.

When their company morphed from sole-trader to incorporated status Tide was on hand to help. “It was super easy to to do,” says Ciorstaidh.

And the Tide app helps them run the company with the minimum of fuss. “You sign in instantly, “ says Ciorstaidh. “I think that’s so important when you are building a business and there are so many, many, things to think about. When money is made that bit easier, it’s brilliant.”

The focus of these Hebridean entrepreneurs is to keep building the business, whilst staying true to their origins. “We’ve got so many ideas for different projects and working with different people,” says Ciorstaidh with infectious enthusiasm. “I think it’s a really nice thing if we just keep the focus around sleep. That’s our ethos.”

When we asked the duo what they do with the extra time they get back, what do you think they said?

You guessed it: sleep. 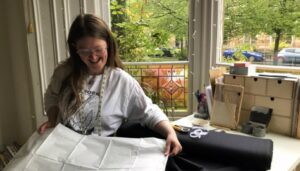 How to run a business in lockdown: Ciorstaidh and Ruth, SÒLAS Sleepwear 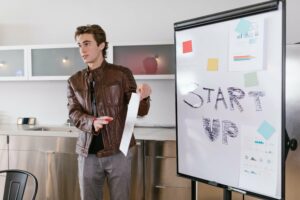 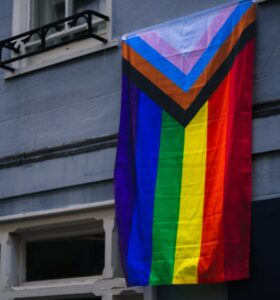