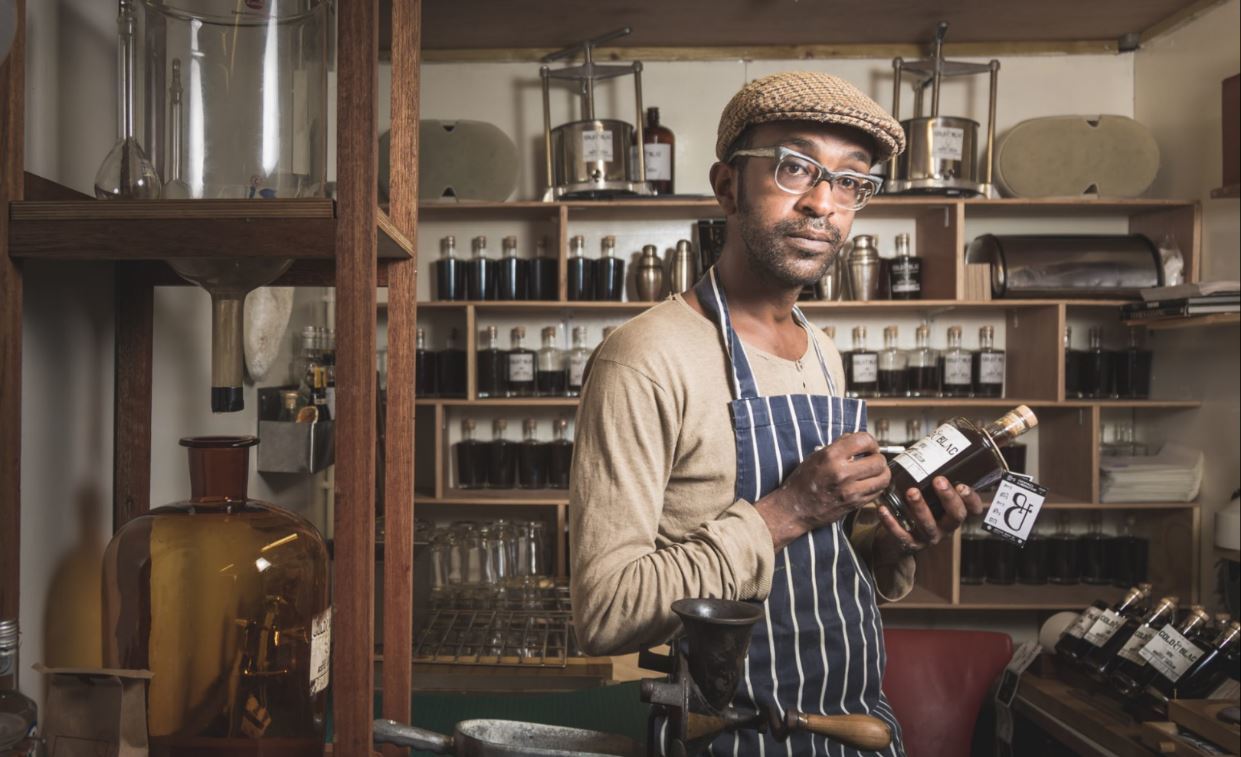 Coffee is in Tem Mellese’s blood. As a young boy growing up in Ethiopia, he watched the local adults come together to perform a daily coffee ritual. Coffee was an integral part of their day – and it was only a matter of time before it became a huge part of his.

“People would stand around a fire for an hour to roast and grind the beans. It was very intense but very beautiful as the coffee was shared out in the group as part of the ceremony,” he said. “Even if I didn’t drink much coffee as a kid, I’m taken back to that moment whenever I smell it.”

The idea came from working in a bar a long time ago. I realised we had amazing speciality coffee, but there wasn’t an alcoholic version that was just as mind-blowing.

These days, Mellese smells coffee every day. Almost two years ago he launched Cold & Blac, a range of sugar-free coffee liqueurs that he now sells through retailers including Abel & Cole and notonthehighstreet.com. Independent health food stores in the capital and in Germany have also signed up to sell Mellese’s drinks. The coffee, to no surprise, is sourced from Ethiopia and goes through a two-week process of brewing, infusing and blending. Then it is filtered, bottled and put on shelves.

“The idea came from working in a bar a long time ago. I realised we had amazing speciality coffee, but there wasn’t an alcoholic version that was just as mind-blowing,” Mellese said. The company, based in Hackney, east London, aims to stand out in an industry where “sickly sweet” products are the norm, said Mellese, 35, who has a background in art and design. “You can’t really enjoy those like you’d enjoy a fine whiskey or wine. But with our product, you really can. It’s also a great cocktail ingredient.”

However, running a business in a crowded market has come with challenges. Raising money, in particular, has proved tough. “We’ve not come from the spirit business so we’ve not had someone just give us a lot of money,” Mellese said. “It’s been hard work but we’re still here fighting the good fight and making the product relevant in the way that we feel is important.” To add to his offering, Mellese also hosts cocktail-making classes in his north London workshop. Plans are to expand into Australia in the near future. “We never stop! It’s high pressure!”

Speaking to local people is really inspirational. When you share your ideas with others and help them you re-energise yourself. It’s important that new small businesses are integrated with their local community.

Connecting with locals is a large part of Mellese’s business plan going forward, particularly as he experienced first-hand the benefits of coming together and working as a community when he lived in Ethiopia. “The coffee industry can feel quite exclusive,” he said. “Speaking to local people is really inspirational. When you share your ideas with others and help them you re-energise yourself. It’s important that new small businesses are integrated with their local community.”

How to run a competitive analysis (and win the race)